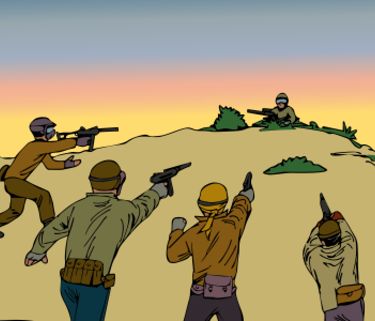 Have you ever been in the middle of an Airsoft game and all the sudden you get hit out of nowhere? You look around and see no one. You are confused on how you got hit. Then it comes to you. "I was hit by a sniper." Snipers are a deadly weapon on the modern and airsoft battlefield. So although they might have a bolt action gun, don't underestimate a sniper!

Sniper rifles in airsoft have a distinct disadvantage compared to their real steel counter parts. For one, by the time a sniper can take a shot they are close enough for opposing players to easily flank them. You do not need to know the exact position of the sniper, if you flank then the sniper will be forced to reposition to take account of you and your teammates. So look for motion. When you see it, keep fire on the sniper's position. Due to their inability to take quick, high rate of fire shots, they'll be forced to either retreat or remain hidden. This gives you and your teammates the upper hand. Use this time to send a small party of 2-4 players to flank the sniper while you keep fire on him/her. 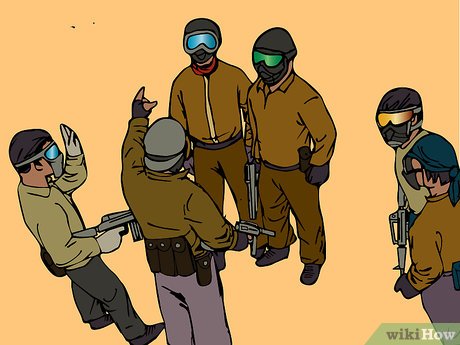 1
Make two or three groups of 2 to 4. Because most likely some of you will be shot, but keep in mind that the reason for this is because the sniper is hidden an it will be a great challenge just to spot him if he is well trained. people. 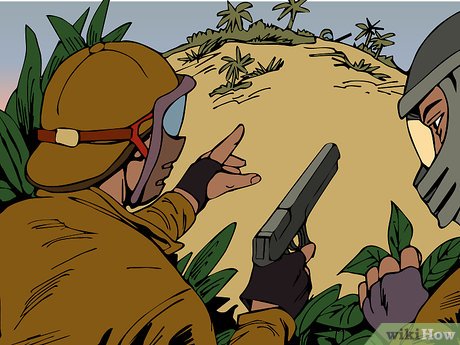 2
Identify the location of the sniper. 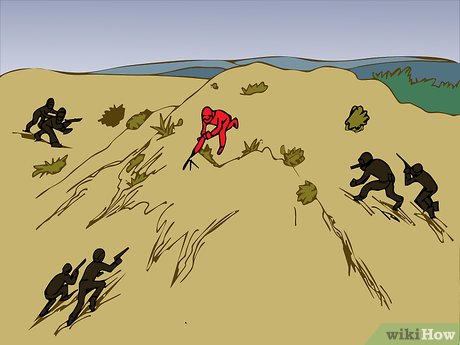 3
Send two groups to each side of the sniper and the optional third group up the center of the sniper's line of sight as a distraction.Keep in mind that there maybe other sniper teams out there and/or a spotter with the sniper you are advancing. And normally the spotter will carry a AEG(at least they should, no point on having two bolt action rifles in one location; you might as well be single snipers.) 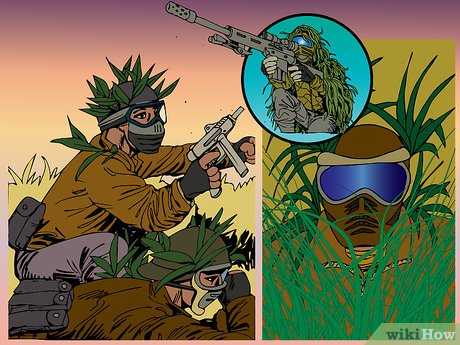 4
Maneuver the two groups on the sides using stealth to bring the sniper into their range of fire. 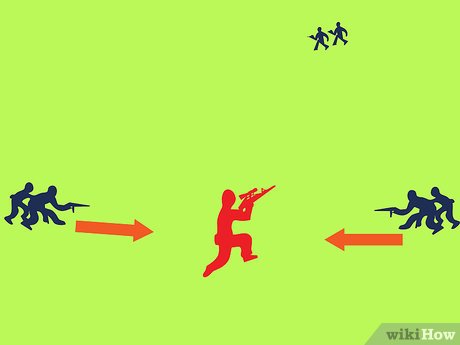 5
Charge forward and attack when you have the sniper in range, from the right followed by the left (the direction does not matter). Don't fire until you are caught or you have the target in range. 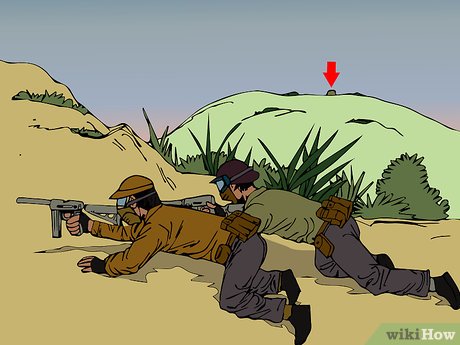 6
Be careful most snipers have spotters to locate targets and for extra fire power. Stay low to not be spotted by the snipers scope. 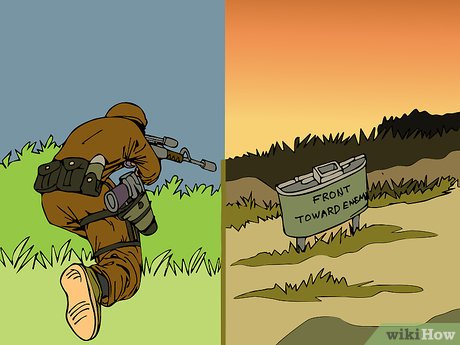 7
Do not assume the sniper is helpless, they have side arms and know how to use them.Sometimes they might even have a mine or claymore.(I have played with snipers that have a mine,and trust me my team and I looked on the ground countless times.) 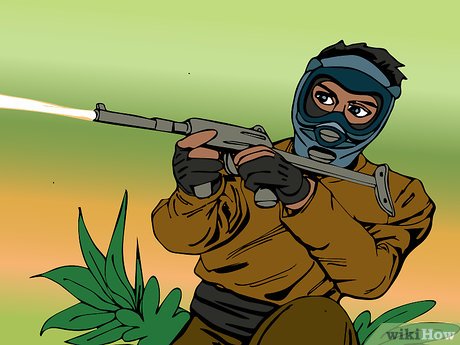 8
Be patient if you have been hit by a sniper, most good snipers know to not move until the target turns their back, don't turn your back keep shooting if it takes all day. Unless you are hit the you need to go back and re-spawn depending on your field rules, but try not to turn all the way around.) 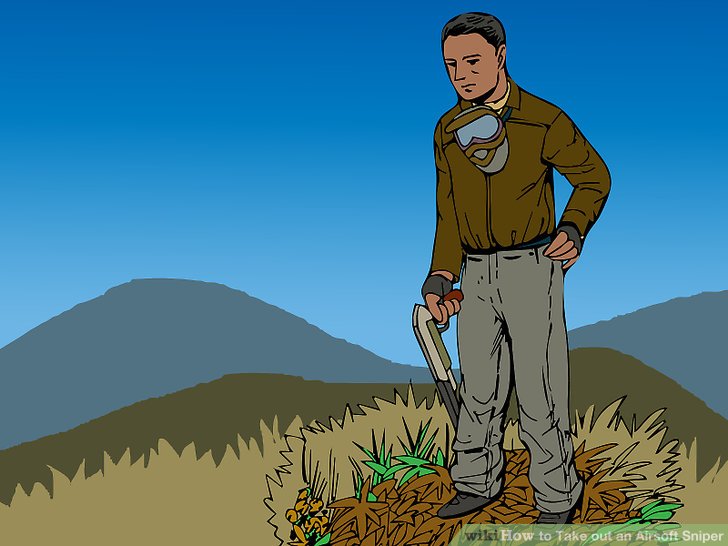 9
Look for high points or secluded areas some times even trash or rubbish piles these are sniper posts look for them before the game so you will know the places to avoid or unless you take out snipers then approach them from behind with another player or a sniper of your own.As said from some of the world's most famous snipers" The best way to take out a sniper is with another sniper"- US marine Scout Snipers 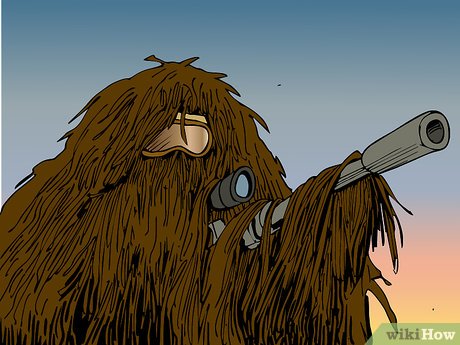 10
Most snipers wear ghillie suits. Most are store bought, however some make their own so look for places that seem suspicious and don't really blend in. Ghillie suits are hard to move around in so if you have them on the move you probably can catch up with them, especially if they are a slow runner to begin with.But keep in mind that if your up against a veteran sniper that knows where to hind when in a ghillie suit they it will be hard to spot him/her; because a ghillie is designed to take away the human outline. 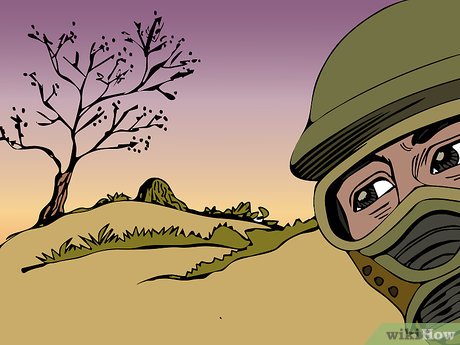 11
Be informed: snipers know to stay on the move to avoid being caught, or at least most of the good ones do, so listen for snapping twigs and if you feel a sting you've been hit. 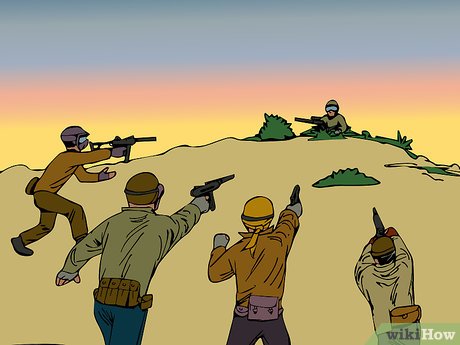 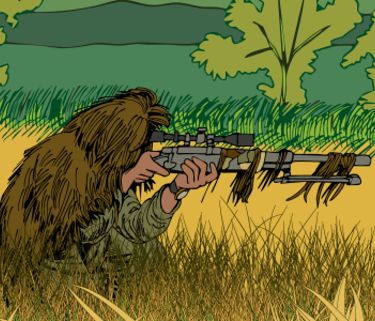 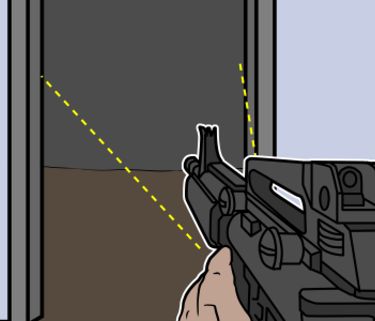 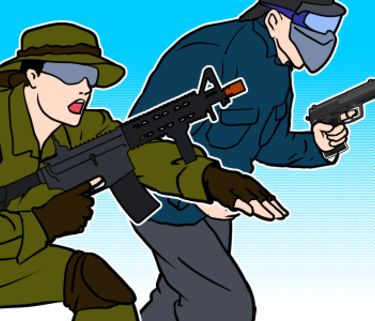 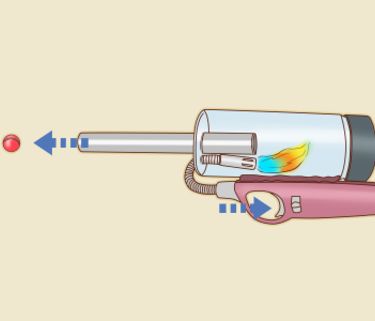 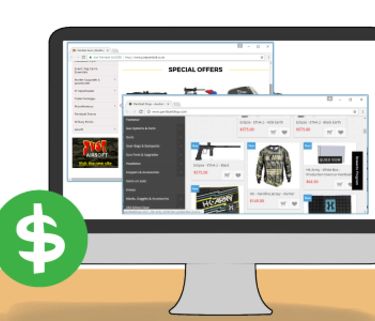 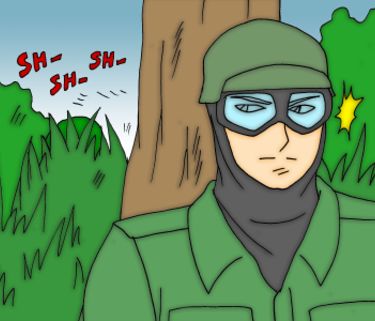 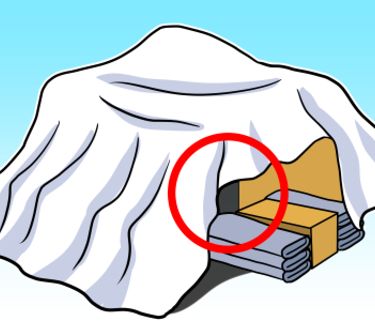 Are you fed up with losing constantly every time you play Airsoft? This can be very frustrating, but your journey is finally over! Here are some tips

Have you ever played air soft and walked in a room and got shot? Well now you will now how to enter a room S.W.A.T. Style with minimum casualties and

Airsoft is an activity in which participants eliminate their competitors using tools like guns,etc.You love the thrill of having an Airsoft war, but l

Paintballs guns create endless hours of fun! Try making your own to recreate the paintball experience at home. This gun is quick and easy to make, and

Paintball is a popular game with lots of variety in terms of how it can be played. As versatile as the game itself is, the array of guns available is

This is a quick guide as to how to improve your long range shooting for airsoft combat. Method 1 of 2: Precision 1 Set up a target. T

Have you ever been in the middle of an Airsoft game and all the sudden you get hit out of nowhere? You look around and see no one. You are confused on

Start with step 1 for how to make a cool Nerf fort with turrets and space for storage. It'll be useful for your next Nerf war. Steps 1 Ge